While all teas are derived from the same plant, various processing methods produce different types of tea, such as white, green, black and oolong. Green tea has the highest amount of EGCG (epigallocatechin-3- gallate), an antioxidant that has the potential to protect against various types of cancer as well as cardiovascular and metabolic diseases. EGCG also possesses antiviral and antibacterial properties, and is believed to protect against influenza and hepatitis C. EGCG can promote weight loss and may impart protective effects against neurodegenerative diseases such as Alzheimer’s disease and Parkinson’s disease.

EGCG defends healthy cells from malignant changes and has the ability to selectively kill cancer cells and inhibit cancer cell invasion/migration, thereby interfering with an essential step of cancer metastasis (spread). Researchers at Massachusetts General Hospital Cancer Research Center, North Dakota State University, and various centers in China, funded in part by a grant from the National Institutes of Health, conducted a study to determine if EGCG inhibits cancer growth in breast cancer patients. EGCG was orally administered as 400 mg capsules three times daily to breast cancer patients undergoing radiation therapy. The findings indicated that EGCG enhanced the benefit of radiation therapy in breast cancer patients, and suggest that EGCG may have extensive therapeutic benefits in fighting human metastatic breast cancer. At Drexel University College of Medicine in Philadelphia, researchers found that EGCG works together with certain chemotherapy drugs known as taxane (i.e., paclitaxel and docetaxel) to block human prostate tumor growth when the cancer cells were injected into mice, and may provide a novel therapeutic treatment of advanced prostate cancer. EGCG inhibits the development of skin cancer secondary to exposure to chemical carcinogens or UV radiation.

A clinical study demonstrated that topical administration of EGCG effectively protected against UV-induced damage to the skin. Researchers at the Medical College of Georgia found that EGCG reactivated dying skin cells with potential benefits for skin conditions such as psoriasis, rosacea, and wrinkles. EGCG may potentially accelerate the wound-healing process and prevent scarring. Research implies that EGCG suppresseskeloid development without damaging normal skin. Topical or intra-lesional administration of EGCG may be an effective option for keloid therapy. Numerous studies have shown that elevations in C-reactive protein (CRP) directly contribute to atherosclerosis (hardening of the arteries), and that EGCC is anti-inflammatory and has an anti-atherosclerotic effect. Green tea also reduces the level of LDL “bad” cholesterol.

Green tea and EGCG may have important benefits for oral health. Green tea protects against bacterial-induced dental caries (cavities), and EGCG can eliminate bad breath through modification of malodorous sulphur components. Damage to the lining of the mouth and inflammation caused by cigarette smoking may be reduced by EGCG. PubMed, an online government sponsored database, has hundreds of recent articles about the benefits of EGCG. Although most of the studies have shown benefits with two to three cups of green tea per day, the optimal dose of EGCG has not yet been established.

EGCG is available as a supplement, but the best way to get it
is by enjoying your daily cup of green tea. 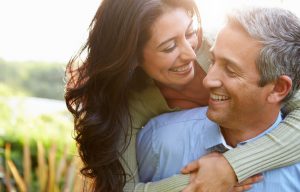 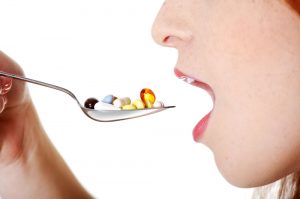