Why use vitamins & supplements

Resveratrol boasts a long list of benefits including cardiovascular health, anti-inflammatory properties, the prevention of joint disease, the ability to lower blood sugar levels, improved athletic endurance, and even the possibility of preventing and eliminating certain types of cancers. Research by the Harvard Medical School has found that trans-resveratrol increases the production of a protein called SIRT1, which may increase the human lifespan! By increasing blood flow, resveratrol may protect not only the heart and arteries, but also the brain. Recent studies in the United Kingdom suggest that resveratrol may help prevent or reduce the risk of Alzheimer’s disease. [Source: American Journal of Clinical Nutrition]. Resveratrol provides no health benefits unless it contains trans-resveratrol. Prior to purchasing any resveratrol product, it is important to find out the purity content.

Widely known as a potent and effective antioxidant (sometimes referred to as “The Master Antioxidant”), lipoic acid demonstrates a multitude of unique properties. Regulated as a drug in several European countries (where it is approved for the treatment of diabetes-related complications, certain complications of alcoholism, and a variety of liver conditions), lipoic acid is an important component of every informed individual’s health maintenance regime. In emerging research, lipoic acid has shown impressive benefits in the context of glaucoma, migraine, stroke, as well as bone health. Lipoic acid is an unusual antioxidant because it can act in both water-soluble and fat-soluble domains in cells and tissues. Thanks to these qualities, it is easily absorbed and transported into many organs and systems within the body, for example, the brain, liver, and nerves. Lipoic acid helps to regenerate vitamins C, vitamin E and the most important detoxifier of the body-Glutathione.

According to numerous estimates, about 85% of Americans are deficient in Magnesium. Magnesium is an essential mineral for staying healthy and is required for more than 300 biochemical reactions in the body. Some of the crucial health benefits of magnesium are prevention of osteoporosis, insomnia, constipation,heart attacks, hypertension, migraines, and works great as muscle relaxant and blocks pain. Good dietary sources of magnesium include nuts (especially almonds), whole grains, wheat germ, fish, and green leafy vegetables. As with most nutrients, daily needs for magnesium cannot be met from food alone(depleted soils) which is why magnesium dietary supplements are recommended as well. Most Magnesium salts are not well absorbed or cause diarrhea if you take too much, try to find a Magnesium Chelate or Glycinate and you will see the benefits in 1 day.

Also referred to as Fish oil. There are 3 main types of omega 3’s EPA, DHA and ALA. We get most of our EPA and DHA from fish and most of the ALA from Vegetable oils and Flaxseeds. Each one of the omega 3 fatty acids has been associated with a certain health benefit; for example, EPA is great for Inflammation control, depression, cardiovascular health; DHA is used mostly for brain, eye and cholesterol health; ALA for digestion and nerve protection. The most important point about the fish oils is their purity and potency. You have to make sure it is from a reputable manufacturer that performs assays for purity and toxicity. A lot of the fish oils are extracted from deep sea fish and they can be contaminated with metals such as Mercury. The amount of DHA that is considered therapeutic is about 1000mg per day for Triglyceride reduction (notice that is NOT the same as 1000mg of Fish oil); most low price fish oils that are labeled as 1000mg fish oil will contain about 120mg of DHA. This would mean that you have to take 9 capsules per day to get to therapeutic dose!! Get a quality Fish oil that will not cause burp ups and will get you health benefits with just 2 capsules per day.

If you cannot be out in the sun for over 2 hours per day with very little cloths on, then start taking Vitamin D. This will be the single best thing you can do for your body- cancer prevention, better sleep, less pain, Alzheimer’s support, auto-immune conditions, skin conditions, reduced risk of fractures, heart disease, diabetes…the list goes on and on. For maximum benefit you want to take about 1000 units for every 25 lbs of body weight. Average dose to get to therapeutic levels is about 5,000-7,000 units per day. We offer simple finger-stick testing at the pharmacy where you can find out your results and supplement accordingly. 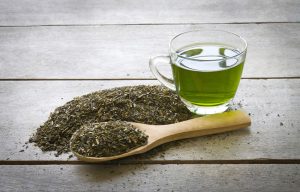 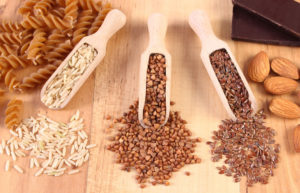